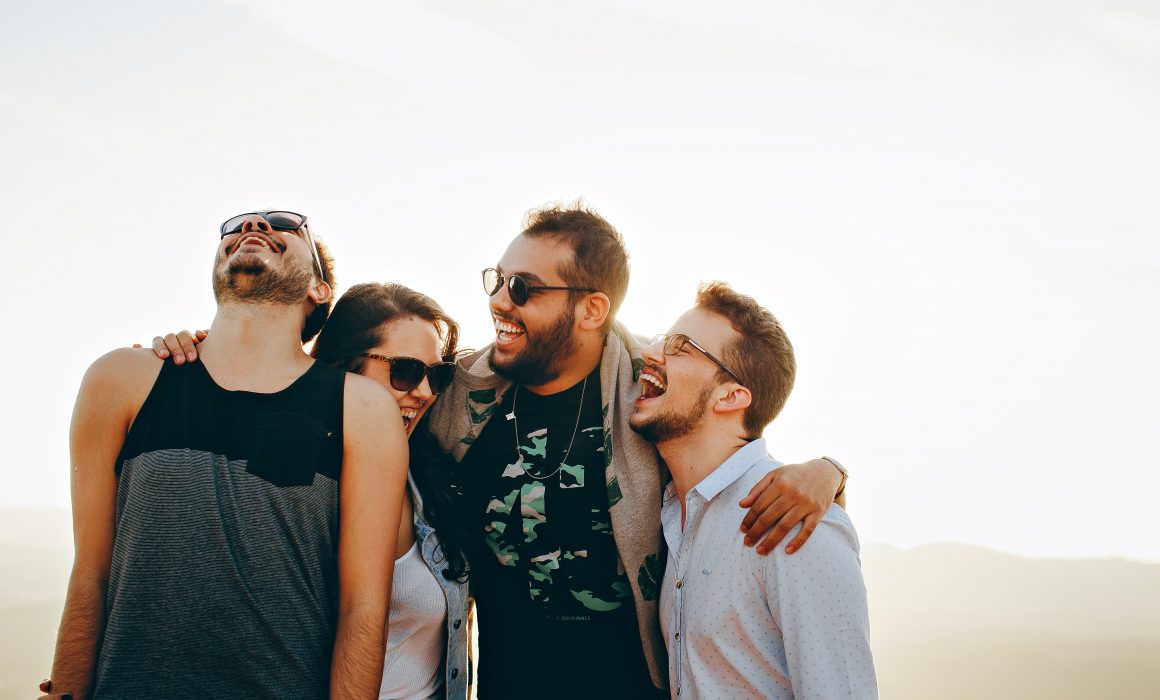 Have you noticed that when you smoke a joint with friends it never takes long for the first giggles to come up? This is a direct consequence of the use of cannabis and one of the reasons why we love smoking. Cannabis makes you happy and we all like to laugh, don’t we? Especially when you are with friends.

Getting a happy mood and a good laugh is perceived as one of the most positive benefits of using cannabis. There is nothing better than lighting up a joint in company, having good conversations and laughing unabashedly. And that’s a good thing, because laughter is extremely healthy! By laughing regularly, your body relaxes more, you experience less stress and you get more energy.

These healthy effects on the body can be attributed to three hormones. At the moment you laugh, the production of endorphins, serotonin and dopamine in the body increases. These hormones are also called happiness hormones and there is a reason for that. With the production of these hormones you experience a feeling of satisfaction and happiness. Once these hormones are released, you feel a lot better about yourself and you suddenly look at the world around you with a more positive outlook. The happiness hormones influence each other and have the function of improving your mood. A similar reaction occurs, for example, when practicing a sport or when you are in love.

The happy effects of cannabis

But how is it that using cannabis makes us happier and therefore makes us laugh more? Research has shown that cannabis stimulates blood flow to the frontal and temporal lobes of the brain. These are the areas responsible for humor processing, among other things. The increase in brain activity in this area of the brain when using cannabis puts you in a cheerful mood. In addition, cannabis stimulates chemicals which, in turn, cause the release of the happiness hormones serotonin and dopamine. So not only do you get excited, but you also get the urge to laugh more.

The more souls the merrier

In addition to these physical effects, the use of cannabis has another important cause of obtaining a feeling of happiness, and therefore of an uncontrollable fit of laughter. This is because the use of cannabis is often a social affair and is often done in company. In the company of others, we unconsciously exhibit socially desirable behaviors. Laughing is one of the behaviors with a social function. By laughing you show that you are open to connecting with your fellow group members. So there is a good chance that someone in your group will tell a funny anecdote with the aim of making you laugh. And because laughing is also a nerve stimulus that you cannot stop, you automatically laugh along at the moment that the others in the group can no longer hold back their laughter and start to laugh.

You have more fun with like-minded people

This explains exactly why people like to visit a coffeeshop – like our coffeeshop in Amsterdam. You can buy weed and hash but you can also meet like-minded people there. The use of cannabis makes you cheerful and in a good mood. But it is the contagious laughter of the people around you that makes your urge to laugh out loud uncontrollable. The social aspect is partly responsible for the cheerful effect of cannabis. In our coffeeshop it is unfortunately only possible to take away, but that should not spoil the fun. We are currently open from 08.00 AM to 22.00 PM. Will we see you soon in our coffeeshop? 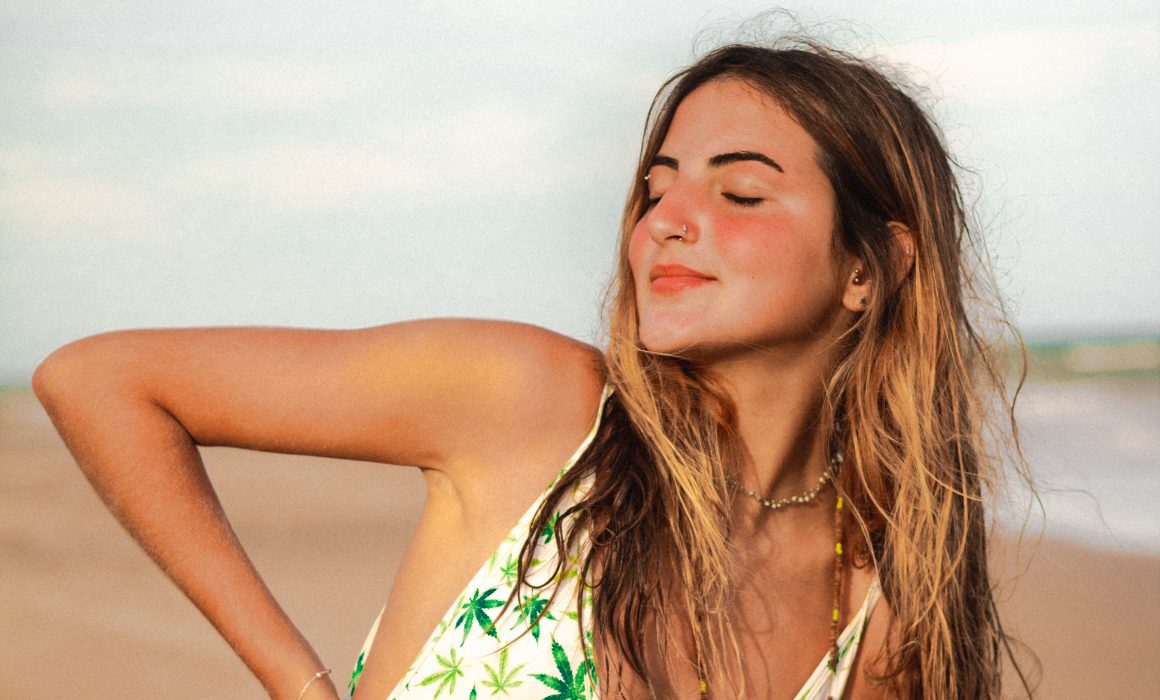 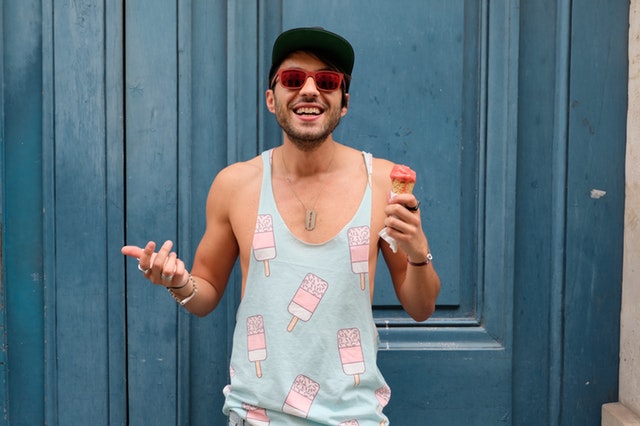 You already know that weed isn’ just for smoking. And we don’t have to tell you either that with the summer temperatures of July you can use something to cool you down. That’s why we have an extra summery treat in store for you: cannabis-banana ice cream. Really? Yes, really. You can easily make it at home and you only need 7 ingredients. Of course, you can buy the weed at your favorite coffeeshop in Amsterdam: The Border. 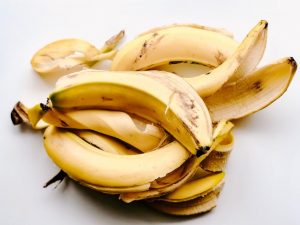 Let’s start with the ingredients. To make cannabis ice cream at home, you need the following:

Are you looking for a good grinder to grind your weed? In our coffeeshop we sell grinders of different materials, in different colors and sizes. Feel free to ask about our grinders when you visit our cannabis café at the Amstelveenseweg 1160 in Amsterdam.

And this is how you make it

Once the banana ice cream has hardened nicely, you can use an ice scoop to scoop out the ice cream. Decorate with whatever you want and enjoy your cannabis banana ice cream. Invite some friends or your neighbor over to join you. The more the merrier, right?

Soon you can buy cannabis ice cream at the supermarket 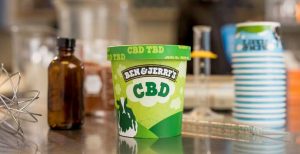 Don’t feel like going through the trouble of making your own weed ice cream? Soon, all you have to do for a scoop of cannabis ice cream is walking to your local supermarket. Seriously? Yes. The American company Ben & Jerry’s is eager to bring cannabis ice cream on the market soon.

They are developing an ice cream that contains CBD (cannabidiol), a cannabis oil that contains virtually no THC. So you won’t get high from eating their ice cream, but you will benefit from all the health benefits of cannabis. Research shows that CBD helps with stress, insomnia, spasms, pain and more.

CBD is therefore not yet fully legal in the Netherlands. Whether the ice cream of Ben & Jerry’s can also be sold in our country is therefore questionable. Fortunately, you can always use our recipe to get your ice cream fix. However, it is expected that CBD will soon be recognized as a medicine in the Netherlands, as is already the case in the United Kingdom, and that will probably result in the legalization of CBD oil production and processing altogether. Fingers crossed.