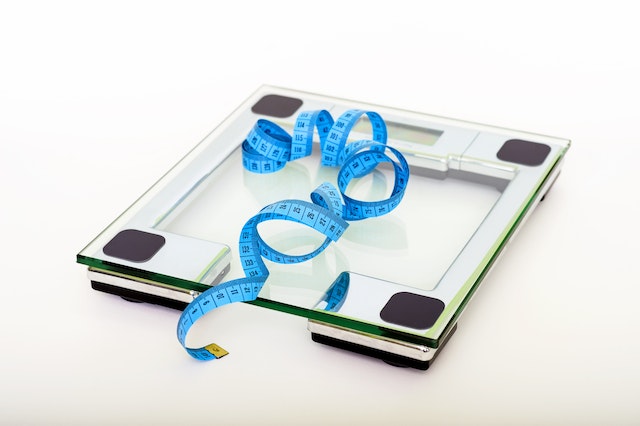 We at The Border have figured it out for you. Read more about cannabis and weight loss here.

If you’ve ever smoked cannabis, you know that it can sometimes cause you to binge eat. This binge eating is also known as the munchies and is portrayed in a comical fashion in countless films. But why is it that cannabis can sometimes make you feel like snacking a lot?

Cannabis can stimulate the appetite system in your body, creating a feeling of hunger. This takes place in the hypothalamus. Here certain receptors are activated that make you feel like eating. This usually takes place within an hour of smoking cannabis. But how is it possible that cannabis can also lead to weight loss?

Although one can get the munchies from cannabis, there are certain characteristics of the soft drug that can lead to weight loss. Several studies have demonstrated this.

Another study shows that cannabis users have less abdominal fat compared to people who do not use cannabis. They were also found to have lower cholesterol levels.

Although these studies do not show a causal effect, the current correlations claim that cannabis use contributes to weight loss in 2 ways:

Cannabis appears to affect digestion. This is due to the fact that cannabis contains substances that can speed up digestion. Fats that are stored, for example as a result of eating excess sugars, are burned faster.

This seems to be mainly due to the substance tetrahydrocannabinol (THC). A study was conducted with mice. This showed that overweight mice lost weight when given a dose of THC. Other studies conducted with other variables corroborate this finding.

But how does THC affect the speed of digestion? THC seems to activate the parasympathetic nervous system, causing more blood to flow past digestive organs and speeding up metabolism.

THC is also thought to slow down the movement of food through the digestive tract. These factors can lead to a decrease in weight.

Your body has a reward system. This system makes you feel good after exercising, or after eating something tasty. This is because the brain signals to release dopamine.

So, when you eat something, like a biscuit, dopamine is released. However, this dopamine is only released for a short time and quickly wears off. The feeling of happiness disappears again. To feel good again, you are then quickly tempted to eat another biscuit. This can naturally lead to weight gain. Cannabis, however, can counteract this.

Tetrahydrocannabivarin (THCV) is a cannabinoid similar to THC. Its chemical structure is almost identical, and it therefore has similar effects. THCV has the ability to break the reward system. THC does this by blocking the release of dopamine. So, the vicious circle you can get into is broken, so to speak. The snack does not give you the good feeling, making you less likely to reach for a second snack. This mechanism is thought to contribute significantly to weight loss with cannabis use. Wondering what other benefits cannabis has? Then click here.

Although many correlations and possible causes have been found regarding weight loss when using cannabis, more research is needed to prove a causal relation.

This is the only way to prove that the weight loss is due to cannabis, and not, for example, another cause, such as the tobacco and nicotine that cannabis is often mixed with.

Would you like to talk more about cannabis and losing weight? Or would you like to share your own experience? Then drop by The Border, Amsterdam’s best coffee shop on the edge of the Amsterdamse Bos.