It has been another remarkable month in the world of cannabis. Lidl in Switzerland is going to start selling cannabis-light. In Amsterdam, you can now take stoned yoga classes. British nurses are fighting to legalise medicinal cannabis, And Cannabis Liberation Day is just around the corner. 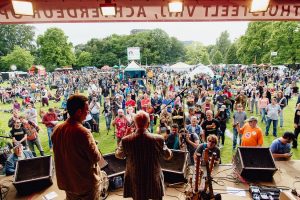 Cannabis Liberation Day has added a new event this year: the Cannabis Olympics. Participants will compete in the Bungee Run and the Stoned Assault Course for the cannabis medal.

This is the tenth time that the Foundation for the Abolition of the Cannabis Ban (Verbond voor Opheffing van het Cannabisverbod – VOC) is organising the free protest festival. The goal of Cannabis Liberation Day is to “celebrate international cannabis culture and inform visitors about the disadvantages of cannabis prohibition and all the good things this plant has to offer”.

The festival features artists and speakers from the Netherlands and abroad, such as Ed Rosenthal, expert in the field of cannabis cultivation, and Henk de Vries, founder of The Bulldog coffee shop. The “Cannabis University” will also be offering masterclasses, and there will be a hemp market with more than fifty companies present.

This year, Cannabis Liberation Day will be held in Amsterdam’s Flevopark on Sunday 17 June.

Cannabis-light conquers Italy and Switzerland (via the Lidl supermarket)

Lidl in Switzerland is going to sell cannabis. This will be locally-grown, light marijuana, legal in the Alpine region, which has a very low THC content and a high CBD cannabidiol content. Italy has also embraced light marijuana, but not via Lidl.

The buds have a very low THC content and are officially unfit for human consumption, which means they are not intended for smoking or eating. However, it has caused a certain amount of legal confusion in the southern European country, which was one of the largest producers of industrial hemp until the 1940s. The new law was meant to give Italian farmers a helping hand, but the legislators ignored a by-product of industrial cannabis: the tops. The Italians themselves are already calling this legal loophole the green gold rush.

Incidentally, medical cannabis, with a high THC content, is legal in Italy.

Ganja yoga: first get stoned, then take a yoga class 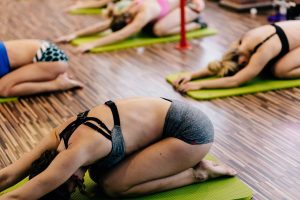 We’re already familiar with the much talked-about weekly goat yoga at Ridammerhoeve Goat Farm in Amsterdam Woods. Recently, stoned yoga classes have been open to all in Zaal 100 in Amsterdam-West.

Before the start of the ganja yoga classes, participants get stoned (ganja is the Hindi word for weed). According to those taking part, using cannabis before yoga ensures extra relaxation and an easy-going atmosphere. Ganja yoga classes are a gentle kind of yoga, without too much physical effort or complicated poses.

Ganja yoga originated in the United States. It has been practiced for some time in San Francisco, where weed has been legal since 2016. According to fans, yoga and weed have a long-standing connection. In ancient yogic texts (sutras), yogis recommend the use of “herbs”. According to those in the know, they were referring to cannabis, although other experts believe that cardamom is the herb in question. 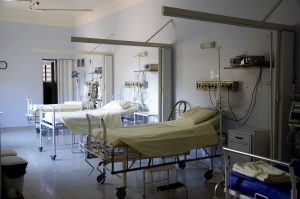 The Royal College of Nursing (RCN) wants medical cannabis to be treated in the same way as pharmaceutical medication. They have been arguing for legalisation with the country’s authorities.

RCN members drew a comparison with morphine in their argument for cannabis. This painkiller is legal but comes from the same family as heroin. Last month, the Royal College of Physicians also made a plea in favour of cannabis.

Cannabis is illegal in Great Britain, even for medicinal purposes, so patients who use medicinal marijuana to treat themselves run the risk of prosecution. Nurses hope that medicinal cannabis will be legalised, but not everyone in the medical world agrees. The Royal College of Psychiatrists, for example, is against legalisation. They argue the use of cannabis can also pose mental health risks, resulting in depression, anxiety or psychosis.