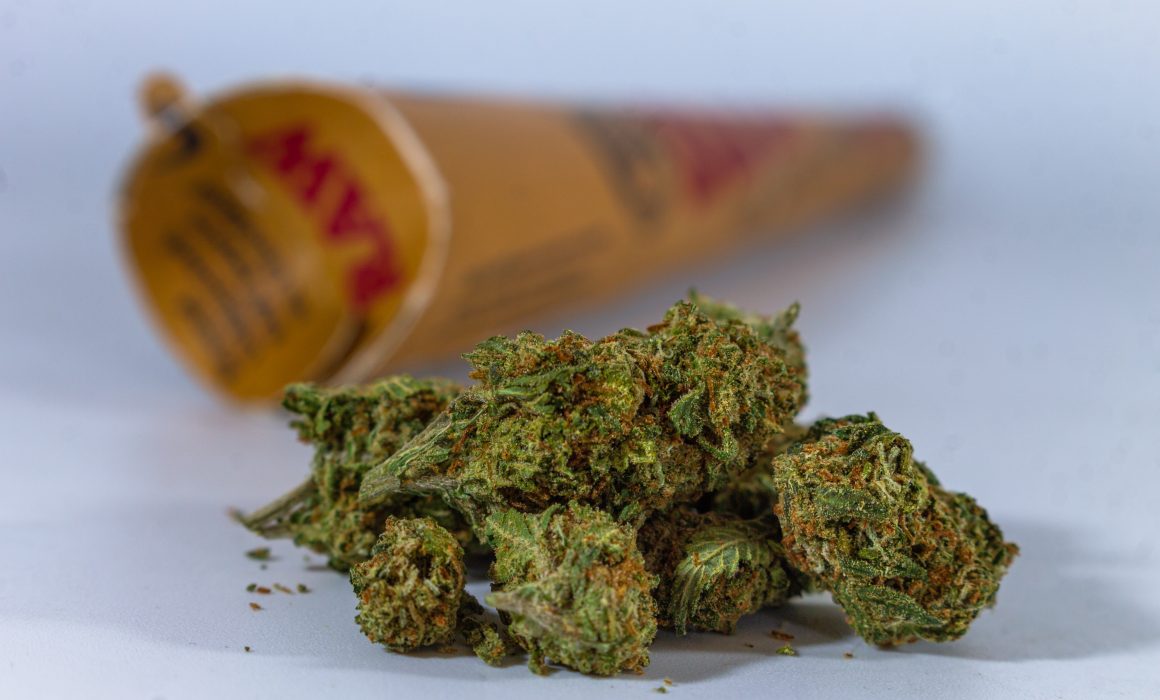 Hash and weed are easily available in the Netherlands and are therefore soft drugs that are widely used. This can be done in various ways and each way has a different effect. But what are the effects and their consequences on your body? Do we have any idea what these soft drugs do to our bodies? We found out for you what hash and weed do to your body and brain when you are high.

Difference between hash and weed

Perhaps it would be a good idea to reflect on the difference between hash and weed. Hash and weed are both cannabis products that come from the Cannabis Sativa, or hemp plant. If you pick the female flower tops of this plant and put them to dry, you get weed. Depending on the type of plant and its quality, weed can have different colors, ranging from green, grayish, brown or a mix of thesese.

The hemp plant has small flowers attached to the buds. By sieving the resin of these flowers from the top leaves and pressing them into blocks, hash is created. The color of hash is slightly different from weed and has a yellowish light brown to black color. Because hash is made of the resin from the flower tops, it often contains a higher concentration of the active ingredient THC). There are, of course, different types of hash and weed available and the exact amount of THC varies from strain to strain.

The desired effect of weed and hash

There are two well-known types of cannabis plants from which most weed or hash is made: the Sativa and Indica. The effects of both plants are virtually the same. These plants both produce chemical compounds called cannabinoids, which are responsible for the desired effects of hashish and weed. The ones that are most relevant to users because of the effects of these cannabinoids are the delta-9-tetrahydrocannabinol (THC) and cannabidiol (CBD).

The effects of THC.

THC is the most psychoactive compound and is responsible for the high feeling when you use cannabis. The more THC there is in the final product, the more powerful the high you will experience. But apart from the high, THC is also responsible for the well-known food kicks. THC breaks down sugar in your blood, making you feel hungry. As a natural reaction you get the urge to eat so these sugars are replenished.

The effect of CBD

There is also another compound in cannabis products, namely CBD. This acts as an antagonist to THC, so to speak. Which means that it blocks the action of the receptors and thus actually does exactly the opposite. So CBD has no psychoactive effects.

However, CBD does have other desirable effects on the body. For example, CBD is responsible for an analgesic effect on the body and you become more relaxed by taking CBD. This makes CBD the most interesting compound for medical applications.

A body’s own cannabis system?

Now you may be wondering how the body reacts to these foreign substances. But cannabinoids are actually not that foreign to the body. In fact, the human brain has a body’s own cannabis system, the endocannabinoid system. The brain in a human body is made up of neurons and neural circuits. Neurons are long cells, located at a distance from each other. To bridge this space between the cells, there are neurotransmitters. These neurotransmitters travel from one nerve cell to another nerve cell. In doing so, they attach to molecules we call receptors.

There are several neurotransmitters that move between neurons, but one of them is an endocannabinoid. The moment you experience stress, pain or feel anxious, your body releases this endocannabinoid as a natural response. This neurotransmitter then moves into your endocannabinoid system to relieve the pain or help you get rid of the stress or anxiety. Your body actually produces its own substance that has the same effect on the body as marijuana.

The right dosage of hash and weed

When you use weed or hashish for the first time, you usually ask yourself how quickly the effects of the cannabis will occur. Unfortunately there is no simple answer to this question. The speed with which the effects occur depends for example on the way you use the drug.

It is therefore not only very difficult to predict how quickly the effects will occur and what the effect of the specific cannabis on your body will be. The latter in fact depends on the quantity and quality of THC and CBD in your cannabis product. A dose with proportionately too much THC could lead to a panic feeling. But it is very difficult to predict if and when this will happen. What causes one person to feel anxious can be a very nice joint for another. Finding the right dose is therefore not always easy. You will have to get to know your body before you can determine the right dose for yourself.

There is still a tremendous amount of research being done on cannabis and the number of studies will only increase in the coming years. As cannabis is legalized by more and more countries, we are becoming more familiar with the many benefits that using cannabis can have on both your mental and physical health.

For example, we previously wrote about the positive effects of cannabis on:

An often reported side effect of the use of cannabis is that it can give you an appetite. We mentioned this earlier. Because the THC in weed breaks down the sugar in your blood, your appetite increases. This is an effect that can be very practical for people who have too little appetite and need to eat more for medical reasons.

People being treated with chemotherapy, for example, can experience a loss of appetite. Because this reduces their intake of nutrients, their resistance further decreases. Therefore, it is important to increase the appetite of these patients. Cannabis can lend a helping hand in this regard and increase appetite so that the body can regain the nutrients it needs for a successful recovery.

Weed can help relieve tension to achieve relaxation. Do you want to unwind at the end of the day and could use some help with that? Then make sure you use a small dose of weed for a relaxing effect. If you use a high dose or marijuana strains that contain more active ingredients, then using this weed can lead to just the opposite. Otherwise, you are likely to experience a powerful high, which is not so smart if you want to relax just a bit.

Weed and a good night’s sleep

Another benefit of marijuana that is an extension of the relaxing effect of cannabis is a better night’s sleep. Many recreational users therefore swear by smoking a joint before bed. Because they go to bed more relaxed, they experience a better night’s sleep. As a result, they wake up the next morning refreshed and rested. Even if you want to use weed to get a better night’s sleep, it is important that you choose a suitable weed variety and that you find the right dose to achieve an optimal result.

Would you like to experience one of the many benefits of cannabis yourself? In our coffeeshop we are happy to inform you about the various excellent cannabis we have in stock and the desired effects. In our coffeeshop Amsterdam you can always find a great selection of cannabis. Check our current opening hours here. We look forward to seeing you soon in the best coffee shop in Amsterdam.