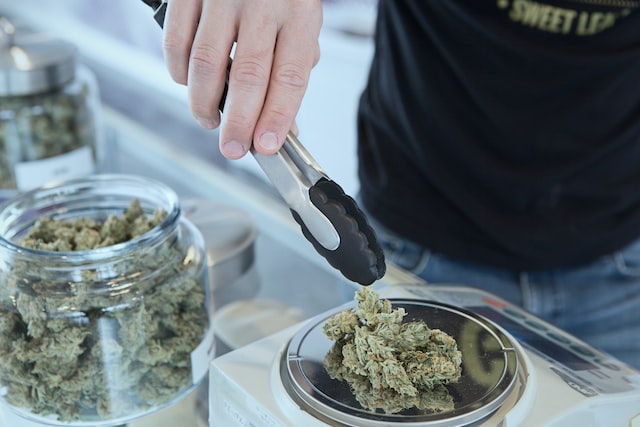 In the Netherlands, people are able to consume cannabis. In Germany, however, this is not yet the case. The German coalition wants to follow the Netherlands in the legalisation of cannabis and decided last year that a policy change is due. Although the coalition, consisting of the SPD, Groenen and FDP parties, have decided this, the opposition is throwing a spanner in the works.

The opposition indicates that EU and Schengen agreements, also signed by Germany, would block the present-day legalisation of cannabis. Nevertheless, there is still talk within the German parliament of legalising cannabis by 2023.

The commotion originated from an opposition politician, Stephan Pilsinger. He believes the legalisation of cannabis is illegal. He also finds tolerance policies unacceptable. His motivation is to protect German youth and counteract black market trade.

This is the reason why he has requested an investigation within the scientific department of the German parliament. This investigation should reveal whether the two agreements would stand in the way of the new cannabis policy.

Now that the investigation has been completed, the experts have indicated that cannabis may violate the two EU and Schengen laws. What happens now?

What does the EU law say?

The EU agreement that is the subject of this controversy is the one that all member states signed in 2004. It states that manufacturing, offering and selling drugs is to be criminalised. Violations of this agreement ought to be punished by member states.

It is understood that cannabis is included in this convention. In fact, it references an official list of illegal stimulants drawn up in 1971 where cannabis is explicitly mentioned.

What does the Schengen agreement state?

But not only is the EU regulation violated, according to Pilsinger, but also the Schengen Agreement is breached. The Schengen agreement, like the EU law, states that the export and sale of drugs within member states is not allowed.

If someone does not comply with these regulations, the member state should prosecute that individual.

How come people are allowed to consume cannabis in the Netherlands?

If you are now thinking, “But how is it possible that we can use cannabis in the Netherlands?”, you aren’t the only one. After all, we are also member states of both the EU and Schengen.

What people often are unaware of is that cannabis has not been legalised in the Netherlands. The production, sale, and consumption of this soft drug is still legally prohibited. However, the Netherlands has a policy of tolerance. This means that cannabis can be sold and used under strict conditions. If these strict rules, such as having a maximum of 5 grams of weed, are breached, then you can be criminally charged.

In reality, cannabis consumption in the Netherlands is hardly ever criminalised, so you would almost think that the soft drug is legal.