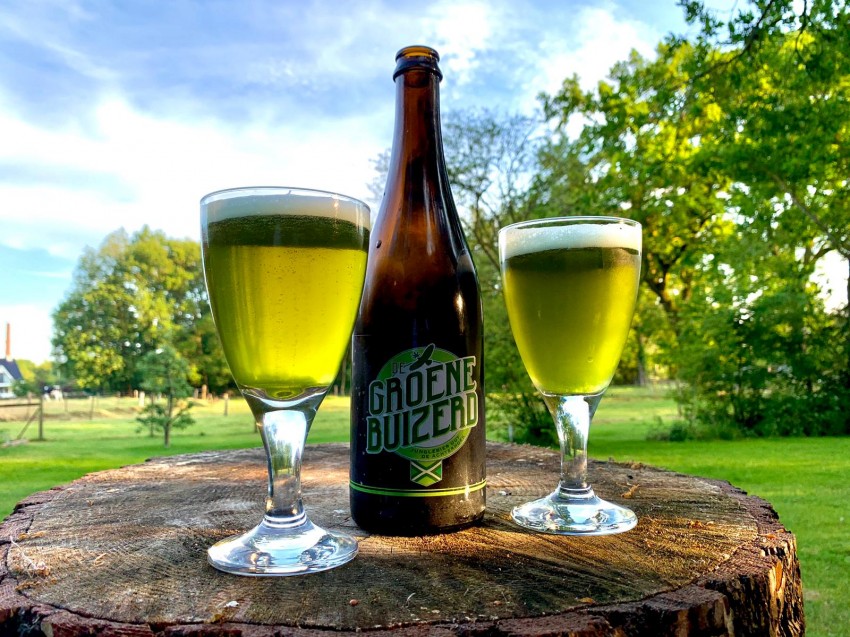 “De Groene Buizer” (the green buzzard) is the name of the new dutch cannabis beer, that was officially launched in early June. The “spirit enriching” beer was brewed as draft beer for the Mañana Mañana festival. But because of the fact that this festival was canceled due to corona, the beer has now been bottled.

With the launch of this special beer, both the festival organization and the brewer want to draw attention to the positive applications of hemp.

The main ingredient of the beer is CBD (Cannabidiol). This ingredient is sometimes used as a natural pain reliever and is said to keep the immune system healthy. It also should reduce anxiety and would have a calming effect on people with ADHD or stress complaints. CBD is more often used in food. Just take a look at the program “cooked with cannabis“. Officially, the medicinal effect of CBD has not been proven, but it certainly cannot hurt. CBD is not illegal and is not on any drug list either. Unfortunately, you don’t get high from the beer, but it does broaden your mind – according to the brewer.

Group feeling was also taken into account when bottling the beer. De Groene Buizers is available in 0.75-liter bottles, to encourage drinking with family and friends. You do not share a joint but instead, you share your beer. If you hold your glass of beer against the sunlight, green color will appear. This lager is therefore also called: Achterhoek Jungle beer. (Achterhoek is the region where the beer comes from, it’s in the eastern part of the Netherlands and famous for its farmers.)

Bronckhorster Brewing Company owner Steve Gammage is the one who created the new lager. He initially thought cannabis beer was a bit of a strange idea. But after some study, he found out that hemp is great for making beer. First, the brewery tested with oil-based CBD, but it was found to break down the foam in the beer. With water-based CBD, they managed to make a pilsner with a nice foam layer.

The cannabis beer turns out to be popular: the first batch was sold out immediately after its launch. Fortunately, the Bronckhorster Brewing Company is worked on brewing a new large batch of this light summer beer.

Cannabis use at festivals in the east

When it’s about cannabis people often think of big cities like Amsterdam and Rotterdam. But weed or hash is also enjoyed in the countryside in the Western part of the Netherlands. The Mañana Mañana festival, for which the beer was originally brewed, is organized every year by Feestfabriek Alles Kom Goed BV. These people previously invented the famous Dutch festival Zwarte Cross. Which is very popular.

Although there is a strict drug policy at “the cross”, it is no problem to bring hash or weed for your own use. In the “reggae meadow,” you can meet each other at a statue of a huge joint. Sitting or lying or dancing in the sand you can enjoy the best reggae and the company of (new) friends while smoking.

The same rules also apply at Manana Manana and are no different from other festivals in the Netherlands.

Enjoy in your garden

It is, of course, a pity that all these festivals are canceled, but fortunately, we can still enjoy some stimulants in our backyard. Bottles of “De Groene Buizerd” are for sale online. We do not sell the lager ourselves. But you can always visit The Border, our coffeeshop in Amsterdam, for the best hash and weed that dó contain THC.