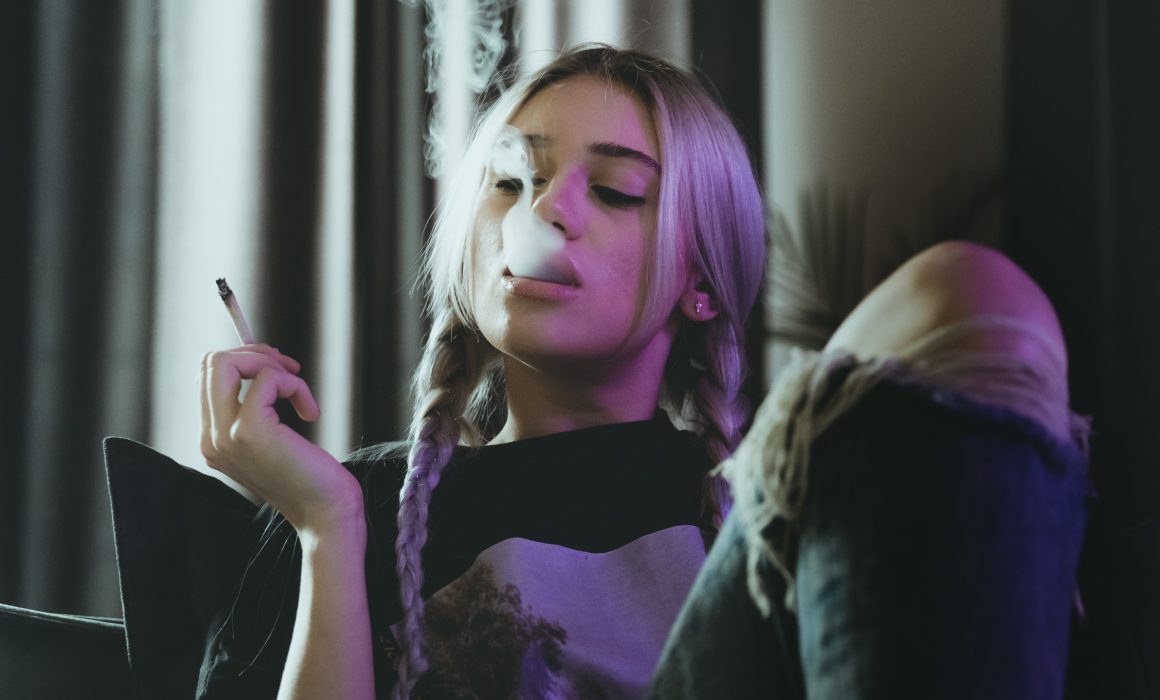 Amsterdam is a destination for hundreds of thousands of tourists each year who want to experience what it is like to smoke a joint in a coffee shop. It is therefore not surprising that of the 166 coffee shops in the capital, more than 60% are dependent on tourism. Yet, last week Mayor Halsema wrote a letter to the City Council of Amsterdam. In this letter, a ban on cannabis sales to foreign tourists in coffeeshops is proposed, also known as the i-criterion. What?!

What exactly does this i-criterion entail? And why is this regulation proposed? You can read it here!

Currently, both tourists and Dutch citizens can visit the Amsterdam coffeeshops. As you know, you can only buy cannabis here. Hard drugs are not sold here since they are illegal.

Nevertheless, many people – including many tourists – in the capital city are able to obtain hard drugs via street dealers. This shows that there is also illegal street trading present, which is mainly focused on hard drugs. Various initiatives are being implemented to combat this as much as possible.

The idea of an i-criterion first surfaced last year. Its purpose is to regulate the cannabis market. Last year this proposal was reviewed by several studies, after which the mayor of Amsterdam recently decided to go ahead with the proposal.

Halsema officially proposed the i-criterion last week in a letter to the city council. This letter was signed by the Amsterdam triangle: the police, the mayor, and the public prosecutor. The so-called resident-only criterion would be the solution to the disruption caused by the sale of cannabis to tourists.

The proposal, described by Mayor Halsema as a “necessary intervention”, means that tourists would no longer be allowed to enter a coffee shop to buy cannabis. This would then only be possible for people residing in the Netherlands.

Not only a sales ban on tourists was proposed. Halsema also writes about a quality hallmark for coffee shops. This hallmark is offered if the coffeeshop follows certain rules regarding the transparency of cannabis sales. In exchange, coffeeshops with the hallmark are allowed to keep a higher trade stock.

You may be wondering what all this is for. Is there really so much disruption caused by drug tourism?

Halsema indicates, based on several studies, that there are negative effects caused by cannabis sales to tourists. The effects range from excessive noise to serious crime and criminality.

The goal of regulating the cannabis market is therefore to reduce crime and disorder in the inner city of Amsterdam.

What do opponents of the proposal say?

In response to Halsema’s proposed measures, many residents of the capital seem to disagree with the i-criterion. Although there is consensus on reducing drug nuisance, many doubt whether this is the right approach.

Opponents say that banning tourists from coffee shops will only expand the illegal street trade, as is already the case with hard drugs. This will cause more trouble as the police and enforcement currently do not have the capacity to control this.

Will the i-criterion become a reality?

Whether this regulation will actually be introduced is still unclear. Halsema first wants to discuss this measure to reduce drug nuisance with the new city council. It is possible that in the future tourists will no longer have access to coffeeshops in the Netherlands.

Want to continue the discussion?

Visit our coffeeshop in Amsterdam. You will find the coffee shop The Border on the border of Amsterdam and Amstelveen. We are open every day of the week. Check our current opening hours here. See you soon!