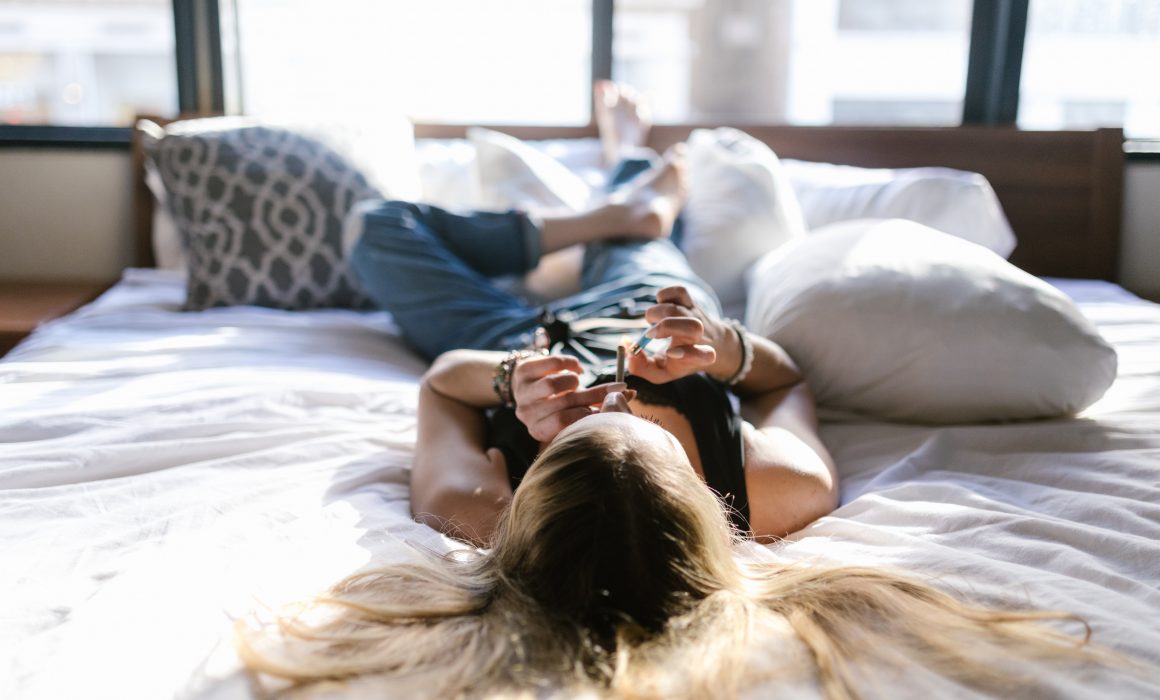 We already know that using cannabis can have physical benefits. For example, weed can help lift your mood and soothe aches and pains. Research has now also shown that weed can play a role in helping to remedy hormonal disorders and their symptoms. We’ll explain more about the effects of cannabis on hormonal disorders in this article.

What are hormonal disorders?

Hormonal disorders play out in our endocrine system. This is an important mechanism in our body that plays a role in regulating a variety of everyday bodily functions. For example, breathing, eating, and reproduction. Many of our bodily functions are controlled by hormones. The system endocrine sends, for example, a hormone to the brain to trigger a feeling of hunger when the body notices that it has insufficient nutrients. This signal alerts you that you need to eat something.

Hormonal disorders occur when one or more glands in the endocrine system are not working properly. This can be genetic, but it can also be the result of a lifestyle that upsets the balance. For example, an unhealthy diet or smoking can cause imbalance.

The symptoms of a hormonal imbalance

This may sound serious, but a hormonal disorder does not always have to be problematic. Often, hormonal disorders cause only mild symptoms such as fatigue, sleeping less well, or not feeling well. Symptoms that are generally good to live with. In addition, these symptoms can often be remedied by a few small changes in your lifestyle.

With more complex or long-term conditions, such as diabetes, however, it can take longer for the balance to be restored. The imbalance can be experienced as very unpleasant. Especially when it’s is accompanied by more drastic symptoms such as depression, anxiety, irritability, or mood swings. In that case, of course, you want to get your hormones back in balance as quickly as possible. Weed can offer a helping hand in this regard.

The ECS shows many similarities with the hormonal endocrine system. This system also works with all kinds of signaling substances that play a role in various bodily functions. The purpose of the ECS is therefore to keep our health in balance. It is therefore not surprising that there is a relationship between the hormonal and endocannabinoid systems.

Cannabinoids that we naturally have in our bodies participate in the regulation of food intake and energy homeostasis of the body. These are both processes that affect the endocrine system. These processes are positively affected when cannabis is ingested because the plant cannabinoids act in the same way as the body’s own cannabinoids.

Our pancreas also appears to be sensitive to the influence of cannabinoids in cannabis. The pancreas is responsible for the production of insulin. This keeps blood sugar levels stable and distributes energy from nutrients to all body cells. Cannabis influences these insulin levels in such a way as to reduce the risk of diabetes.

The positive effects of weed that affect your hormones

In addition, cannabis can help combat a variety of symptoms of hormonal disorders. Some of the positive effects of cannabis that can help reduce symptoms include: providing relaxation, boosting energy and mood, improving sleep, quieting pain, and countering anxiety and depression. Weed can combat these symptoms because the active ingredients in weed are responsible for the production of a variety of happiness hormones such as dopamine and endorphins. When using marijuana, feelings of stress, anxiety, and depression decrease, and thus symptoms of hormonal disorders can be remedied.

How do I remedy my hormonal disorders with cannabis?

Are you currently suffering from a hormonal disorder and are you considering using cannabis to remedy this disorder or its symptoms? Then we recommend that you always discuss this with your doctor first. This way you can discuss all possible solutions and make an informed decision. In many cases, changing your lifestyle will be enough to restore balance.  Would you like to try medicinal cannabis? Always start with a very low dose and gradually increase it over a number of weeks. This way you’ll discover in a responsible way what the ideal amount of weed is that works well and sufficiently for your body.

Do you need more information about the active substances in cannabis? Our staff will be happy to help you find the weed that can help alleviate mild symptoms. We are currently open from 08.00 to 00.00 (but please note that this can change again). Will we see you soon in our coffeeshop in Amsterdam?